Criticism – Go Ahead And Ruin My Day 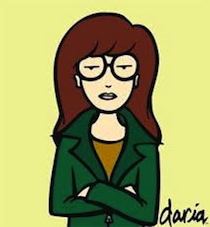 In my experience as a long term coach and consultant, there are three types of criticism:

None of any of this thing called criticism feels good.  Much of the criticism does deep damage to those receiving it – whether they need correction/feedback or not.

All criticism is negative and if you are trying to right a performance or behavioral  wrong, criticizing seems a pretty lame way to create positive behavioral changes.

Criticism is delivered to us and by us all day, all night, all situations; meetings; gatherings; team update; performance reviews; Skype calls; texts; emails; holiday meals.  You cannot get away from it, because we are poised to receive criticism at any moment.

Here are just some of the ways we are critical to others (or they to us): 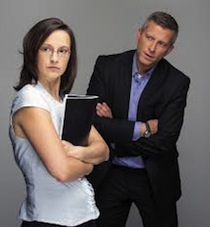 When to add to this short list, the fact that maybe we did not sleep well the night before this “criticism” happens, not much positive can occur.  We are “step up” to perceive only the negative.  Then we take the happening and turn it into a 3 part tragedy in our minds – turning it over again and again in our minds until it becomes true.

How do you recover from the imagined?  The situation or moment that never happened except in our own heads – which we have now turned into something a screenwriter could make into a 13 episode show.

What if you stop criticizing yourself?

My clients have learned how to not perceive their worlds as critical when they begin to stop criticizing themselves.  If you are not negative, less negative occurs for you.  When you are positive, more positive can show up.  When you allow that maybe you are lovely; smart; talented and effective, the world around you brings you that same kind of environment.

I remember a very conservative engineering manager tell me that he thought that my observation was “woo woo”.  It is a more common reaction that you would believe.  But then he asked a brilliant question.

So I asked my engineering manager if he would do an experiment with me for one week.  At the end of the week, we would revisit the question and see if there was a logical, practical and measurable solution to the experiment.  He said yes.  We did the week together and he was astounded with his results.  No woo woo.  We produced measurable and positive results.

You might want to try this yourself.  Pick one current piece of behavior that sets you up for criticism and stop doing it for one week.  Be aware of what it is and keep a record of each time you stop doing it.  It needs to be replaced with – “I am open to learning how to create positive lasting results in my life”.  Here is what my engineering manager client found out from the one week of awareness and replacing negative with positive:

Criticism is negative.  There is no such thing as constructive criticism.  Criticism is a set up to continue negative thoughts, behavior and outcomes.

Are you open to trying the one week experiment?  You can do it – to begin to remove the criticism from your life and thoughts.